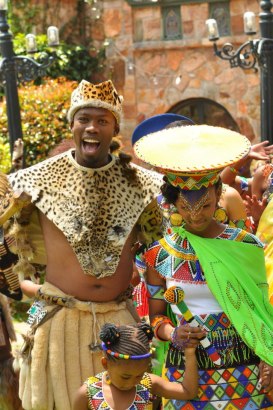 As a little girl, you dream of one day finding the man of your dreams and getting married. The exact description of the “man of your dreams” changes with each phase of life I suppose. As a child with the love of all things candy, you can find yourself thinking – any man who can provide me with an endless supply of candy would be the man I will walk down the isle with. As you become mature and life/love start to mean more than a supply of candy or new Barbie dolls, you develop your list of requirements of said man and these continue to evolve as your personality, career etc also develops. Having a role model in the home of what a makes a great man whether a father, uncle etc also helps to shape who we eventually find attractive and are naturally drawn to.

So after dating for a little while, getting to know each other a great deal, deciding whether they meet the list of negotiables and non-negotiables you both gradually change your vocabulary and start talking about “we” and start having long term plans of eventually building houses, babies and all those adult things in general. Your family and friends also tend to start asking about the presumed next step of getting married. This is then when things start to get a bit different in African culture as I will try to elaborate below.

Usually, the first thing that gets the whole “getting married” process started is formally asking for your bride’s hand in marriage. In my culture, this doesn’t end after you go down on bended knee and she says yes! Actually, this part doesn’t even exist in the true cultural way of proposing. Traditionally, the groom-to-be would talk to his maternal uncles and tell them of his plan to wed. They are the ones who then tell his own parents of his desire to wed and together, the uncles +/- the parents then go and speak to the uncles of the bride-to-be and ask for her hand in marriage.

Back in the days, females were responsible for helping with the day to day running of a household i.e getting water/firewood for the house, tending to the farmland etc so asking someone’s daughter to move from that role certainly came at a cost which has evolved to be called “lobola” or “magadi” loosely translated to a “bride price”. This is usually a token of appreciation from the grooms’ family to acknowledge the inconvenience of taking a girl child away from their family home. In traditional Tswana culture, it is roughly about 8 cows although this has been slowly increasing with time. With the evolution of culture, this token of appreciation can now be accepted in different forms including hard cash (after working out the cash equivalence of the desired number of cows) as well as other household items. I have learned of 200+ cows as magadi in some Sudanese communities where this price is also influenced not only by your current academic qualifications but also by who your parents are and their importance in society. So if you are a lawyer/doctor/engineer, with no kids and the daughter of the village chief, your uncles on receiving a request for your hand in marriage from your in-laws-to-be, could request that they bring 200+ cows for the bride price. The groom would be expected to get some cows from his family stash and herd them to the in-law’s place to show how manly he was and to show his devotion to his new wife and her family.

The bride’s family are also gifted clothes for the wedding celebration. So in addition to the cows, there is a list of gifts expected for the bride, the bride’s parents and her uncles and their wives. After numerous family meetings, as there is apparently a hierarchy on how the other family members are informed of the upcoming nuptials, the big day arrives. It is signaled by the early morning arrival of the males from the grooms family, coming over to reiterate that they do indeed want the lady’s hand in marriage and that they come bearing the gifts as requested. Following assessment that all is in order, they are given the all clear and taadaa the beautiful bride makes an appearance. She is then introduced to her new family and there is much singing, dancing, eating to celebrate the union of the couple. The whole community is informally invited to this special day and this makes for a rather large celebratory party with all the bells and whistles.

This is a text widget. The Text Widget allows you to add text or HTML to your sidebar. You can use a text widget to display text, links, images, HTML, or a combination of these. Edit them in the Widget section of the Customizer.